Internally at SCADA MINDS, we’ve had a lot of discussion whether or not to use serverless, Azure functions to be more specific, for a large project. This is my attempt to give a balanced overview of the pros and cons of Serverless, to help us make the right decision.

A disclaimer: I haven’t actually worked with serverless for long at all. Most of the information here is synthesized from reading, talking to co-workers, and tech leads from other companies about their experiences.

One of the primary proposed advantages of Serverless is that you don’t have to care about provisioning physical servers. I’m a little skeptical here, as I think this only holds true if you compare serverless to actually maintaining your own physical server or VM. However, most large cloud providers also offer services where you simply provide a binary or a container, which they then host. I think if you compare those two types services, you’ll find that the worrying about physical infrastructure is much the same.

Forces your code to be stateless

Functions, being short-lived, forces your code to be stateless, there’s no need to debug anything that only happens because you somehow end up incorrectly modifying some internal state, and then whole thing comes crashing down later.

Serverless simply requires that your code contains no state. I think that’s a best practice anyway, and an architecture that enforces that, is a good thing. Note that this doesn’t mean that only serverless can be stateless. You can achieve the same with a regular application, it just requires a little more diligence.

Easy to scale up and down

There’s two primary types of scaling problems as I see it. Note that I wasn’t able to find any terminology that described this dichotomy, so I made up my own words. If you know the “right” words, tweet at me.

Steady state scaling means that as your application or project becomes more popular, it has to serve more users, or transfer more data. The characteristics of steady state scaling is that traffic grows at a constant pace. You know you get 10% more users every month, or your traffic increases by 15% year over year. You can calculate how many machines you need to handle the load next month, or next year. The scaling is constantly growing, without large spikes.

There’s two classical ways to handle this, scaling up or scaling out, e.g. either putting your servers on a more powerful machine, or running more machines in parallel, behind something like a load balancer to divide the work.

Scaling up is usually the easiest. You run the same server on a faster machine. At some point this becomes a problem, either because you can’t get a bigger machine or because you need to be able to stay alive, even if that machine fails.

This is usually solved by scaling out. Running the same code on multiple machines puts some requirements on the code. You need some sort of way to delegate your work across multiple instances, this can be a load balancer, a queue etc. You also normally can’t expect your user to reach the same server instance multiple times. This means for most intents and purposes, your code has to be stateless! Scaling out and serverless architectures generally impose the same restrictions on your code.

The way I see it Serverless doesn’t have many advantages in comparison to traditional applications, when it comess to handling steady state scaling. Apart potentially, the peace of mind where you know you don’t even have to think about it.

Peak scaling is when your system has large spikes in traffic. Perhaps you run a shopping website and on Black Friday you have 10x the normal traffic, or you run a website with funny cats images, and your traffic doubles over lunch break. 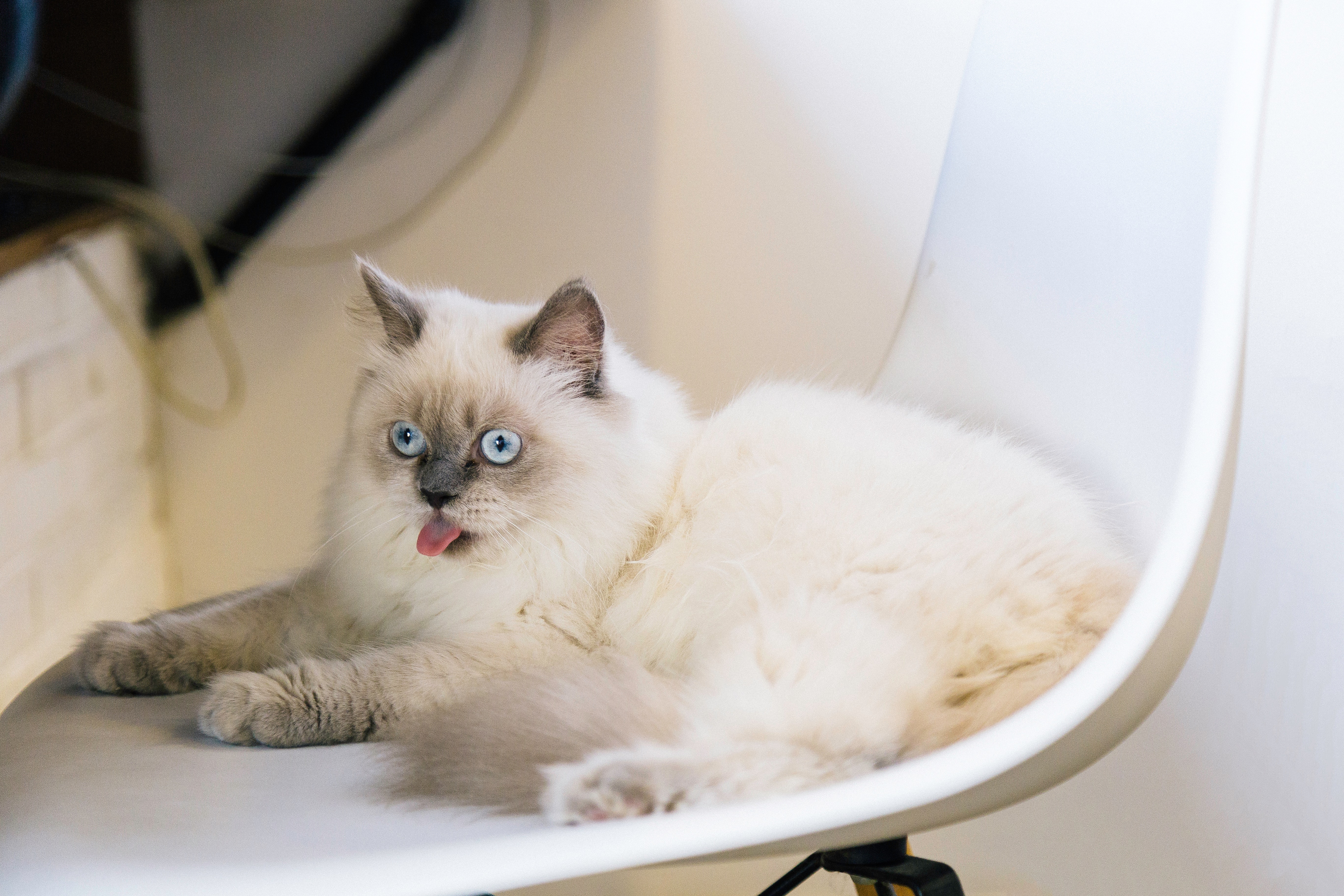 If you're not on your lunch break, you're not legally allowed to view this cat.

This is a kind of scaling where functions really shine, as regular scaling doesn’t handle this situation particularly well. So if you occasionally need to scale up to an order of magnitude - what are the possible solutions?

This type of scaling is where Serverless shine though. Unless you’re on a technology stack that gives you autoscaling abilities, accomodating traffic peaks is a pretty thorny problem to solve. If this is your case, then Serverless might be a great fit. However, as we also mention below, functions can be pricier. You need some reasonably tall peaks, for it to make financial sense to run functions.

If you’re alright with accepting the vendor lock-in there’s a lot of bindings. Lambda has bindings for lots of AWS services, and Azure Functions has the same for many Azure services. There’s definitely something freeing in just stating you’re interested in handling events from EventHub Foo and then having the serverless runtime deal with the nitty gritty of how to get those events to you, and how to get them into a database or your end-user.

Let’s compare an Azure function to a regular ASP.NET Core app. We want to read events from one event hub, process them somehow and send them to another. This is how the function looks.

Apart from that, all we need is a few files with instrumentation keys and some settings for how to read from the event hub.

I have an implementation of the equivalent functionality: There’s around 150 lines of code that configures how to read from the event hub, and around 100 lines of ceremony to launch an ASP.NET Core application. It’s always nice to save some code, but 2-300 lines of code in a large application isn’t that much. For smaller applications and initial developer velocity though, the bindings that come with most serverless environments are awesome.

The cost model for serverless is different. It depends on your cloud-provider but often you pay for what you use. So if you have little traffic, you run less functions and you pay less. This often makes it a very good model for when you have large differences in peak and off-peak traffic. However, I’ve heard multiple stories of people actually paying more with serverless environments than they would with a regular server, particularly when peak and off-peak traffic didn’t differ that much.

Depending on your traffic model, the different cost model is either an advantage or a disadvantage. However one thing is for sure - it’s more confusing than regular per hour billing for a server. You’ll have to do some due diligence, to ensure you’re not paying too much for too little.

Serverless environments should give you a high availability setup without having to worry about anything. Your application will always scale to the amount of traffic required. High-availability can also be achieved by scaling out normally, but serverless definitely buys you “peace of mind” scaling, where you never have to worry about if you can handle the traffic.

Testing serverless code is (potentially) more challenging. In general, most people I’ve talked to tend to not test the binding code, but extract the business logic, usually following steps that look something like this:

I also think the ease of creating new functions encourages developers to build systems that consist of small functions composed together. This means we have to rely more on integration testing, because several functions often come together to deliver a piece of functionality. I think these functions working in tandem, generally make for a system that’s harder to test, than an equivalent system not using functions would be.

This is often listed as a detriment. You’re kind-of vendor locked-in. I say “kinda”, because you can run these functions on a kubernetes cluster that potentially can be hosted anywhere. Many of our triggers are bound up on azure-specific bindings, but I don’t think that matters that much. In general if you tend to separate your bindings and your business logic, migrating to a different vendor isn’t that much of a herculean task. However, I’ve always felt vendor lock-in hasn’t been that big of a deal. Most projects never change databases, cloud providers or anything else, so worrying about being portable is wasted effort.

In general, distributed monitoring is much harder than monitoring a single applications. Monitoring functions isn’t harder in itself, than than monitoring the equivalent amount of microservices would be. But I think when evaluating a technology stack, you need to consider the patterns the technology encourages. Serverless make it very easy to create many small functions, which might make your logging and monitoring “more distributed” than it would tend to be when using a more classical approach.

Serverless is still a (reasonably new) player on the market. Azure Functions was made Generally Available in 2016, and their version 3, which we’d like to use, has only been live since December of 2019, around a month at the time of writing.

While we haven’t encountered that many actual bugs (only one, having to do with dependency injection), we have encountered many times where we felt like the documentation was out-of-date, inaccurate or simply missing. I think this depends a lot on the Serverless vendor you use, but at least for Azure Functions, we haven’t been impressed with the maturity of the platform.

You lose some control, and you’re more at the mercy of the bindings. For example, there’s some reasonably advanced options we’d like to configure in regards to how we read events from our Event Hubs. However these configurations aren’t exposed by the Azure Functions runtime, so if we end up using Functions, we’ll have to live with not being able to configure that.

I think for most use-cases, giving up control is worth the bindings you get. Giving up control to some framework is risky though, because you might end up somewhere where you’re unable to tune some parameters that you need to make it work.

There’s a different skill set to learn when using functions. While much of the business logic might be the same, the way you architect systems doesn’t necessarily carry over. This can either be nice, you get to learn something new, or a hassle - you can’t use some of the skills you’ve previously acquired.

If you have a system that relies heavily on caches, that’s harder when using Functions. In regular applications you can cache things in-memory, but that’s not always possible with functions, as you have no knowledge of how often a function is discarded and re-created. Optimally you would use some third party cache-provider like Redis or Memcached, instead of caching in-memory.